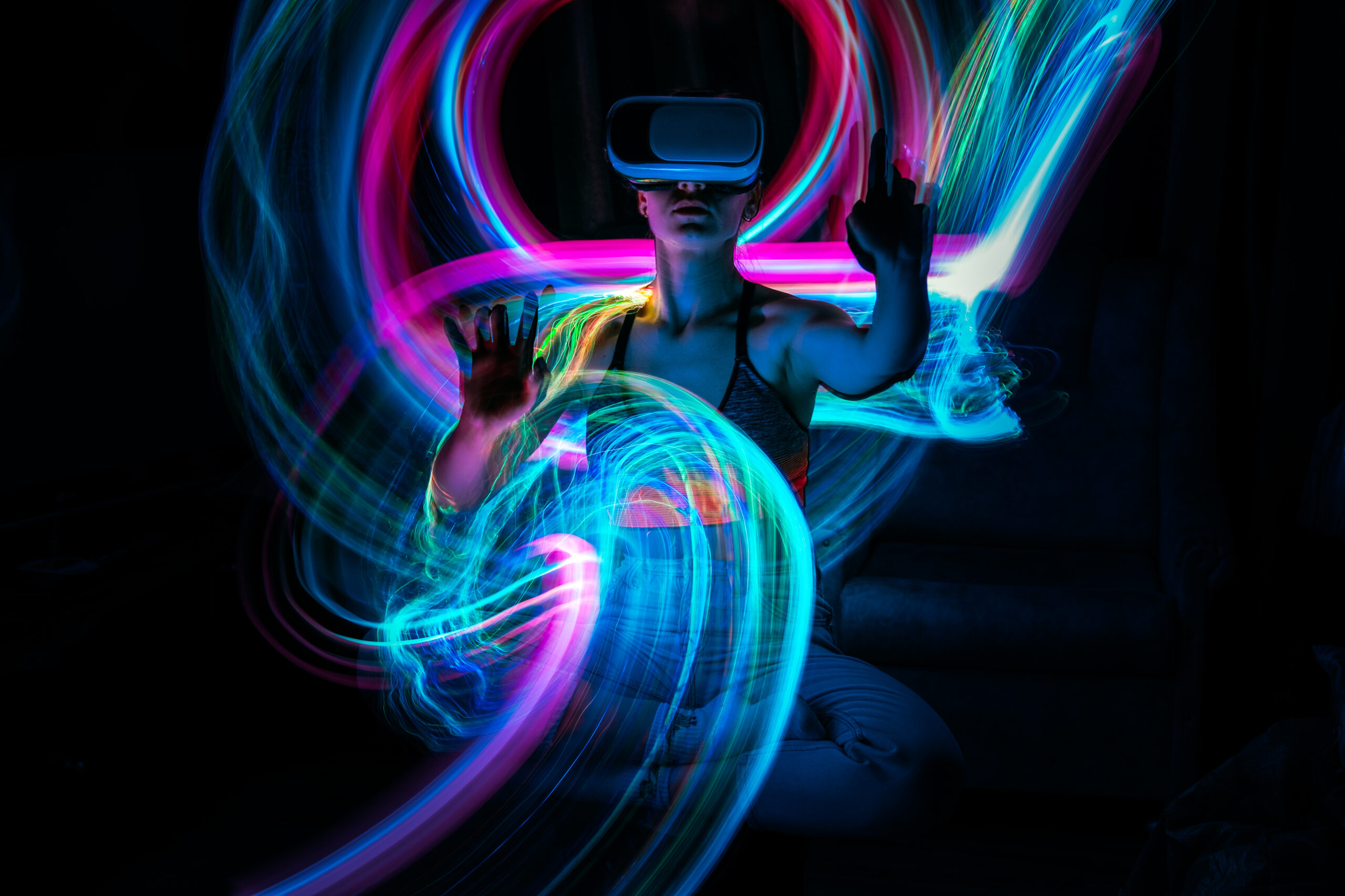 The Metaverse – A Brand New World Of Marketing

Imagine that you could enter a virtual world where you could socialize with friends, have meetings with work colleagues, go to virtual concerts or buy digital clothing, all through the use of a VR headset. Well, Facebook CEO, Mark Zuckerberg has publicized that this will be a strong possibility in the near future after he recently detailed his vision for the social media giant to focus on the creation of a metaverse. In his eyes, this metaverse will be the new version of the Internet. This all stems from a recent virtual event in October where Zuckerberg made the shock announcement that Facebook would be rebranding as Meta, the timing of which was interesting after months of controversy regarding the company’s supposed unethical behavior towards user safety.

Zuckerberg’s Facebook platform already has a staggering 2.8 billion worldwide monthly users, with 3.6 million users in the Republic of Ireland. Hence, there was always going to be a curiosity as to what a metaverse is and what Zuckerberg’s metaverse would offer users. However, the announcement of the metaverse has also created a significant opportunity for brands to be able to reach and effectively target younger generations who will soon mature into a position of greater spending power, such as Gen Z. Here, we will look at the metaverse, the opportunities and the potential challenges brands face in the metaverse, and Web 3.0.

So, What Exactly Is The Metaverse?

Well, the metaverse is like the internet going from 2D to 3D. Looking at branded products on an ecommerce site such as Amazon or Alibaba being an example of 2D, whereas in the 3D metaverse a buyer will be able to physically walk through a virtual shopping centre and be able to clearly look at the physical form of a branded product in true 3D dimension and with true scale. The metaverse is effectively the internet in this 3D virtual form.

Shortly after his announcement, Zuckerberg and his team released a series of videos promoting their vision of the metaverse. You can view one of the videos here.

These videos feature Zuckerberg explaining that the metaverse is a place where the “physical and digital worlds will come together”. Every user would be digitally represented by an avatar which user’s would be able to dress and style in line with their own preference to ensure that their avatars are an accurate representation of the users actual appearance. The metaverse would also enable users to interact as if they are in the same location as each other. Zuckerberg displays this in the promotion video by showing the avatars interacting with work colleagues through virtual meetings, and even going to concerts that they are not physically attending.

Currently, we access the internet through our phones, tablets and laptops. It is expected that the metaverse will be accessed in future through augmented reality wearable glasses that will give users access to the virtual world. Zuckerberg had previously revealed the creation of a new VR headset known as “Project Cambria”. Video clips have shown the new headset being used by different avatars for different activities in what is highly predicted to be the virtual reality of the metaverse.

The Project Cambria headset is expected to include cutting edge technology including real – time face and eye tracking, while also conveying the user’s emotions and facial expressions onto their avatars while interacting with others. The promotion videos regarding the metaverse as a whole have been impressive. However, it is hard not to feel slightly confused by the whole thing and question whether it is actually possible to avail of all the numerous possibilities promoted to us through this metaverse.

One area where the promotional videos did create excitement was the hint that this could be the dawn of a new digital age and the evolution of Web 3.0. Web 3.0 can be defined as the creation of platforms, economies and organisations in the virtual world that no single entity controls. It creates a sense of ubiquity as it will make the internet accessible to everyone, anywhere, at any time.

Web 3.0 is expected to provide a more personal and customized browsing experience for its users and will return personalized insights based on a user’s search context. Each individual user will have power over their own data, and it will create a richer overall experience for peers. Ultimately, it will provide users with the best filtered and unbiased data possible. Easy to understand? Good.

Advertising Opportunities In The Metaverse

The rebranding of Facebook as Meta and Mark Zuckerberg’s bet on the metaverse as the next big thing in social media technology doesn’t change the fact that advertising is how the company makes the vast majority of its money. There is a strong possibility that the way consumers are exposed to advertisements in everyday life from the real world, such as through billboards or banners at sporting and music venues, could be used in a similar way in the metaverse. Therefore, brands may erect billboards or display banners at virtual events in the metaverse to increase their awareness. Of course brands will have to buy these types of placements within the 3D metaverse environment, thus creating competition.

The aim of brands in the metaverse will be to strike a balance between being present and being authentic for users through creativity and technological innovation. One way brands may get creative is through virtual fashion and it could be an opportunity for brands to create an early development and indeed, experiment in the metaverse. Metaverse users will be able to dress their avatars using brands such as Nike, Gucci and Abercrombie and Fitch.

Video games like Fortnite have previously developed metaverses, giving the player a more immersive experience by allowing them to customize their avatar. In the game, players have the option to dress their avatar in branded clothing items. This allows brands to gain access to Fortnite’s 350 million users and keep the company at the top of the mind of the consumer.

This is a similar approach that has been adapted by Nike who have teamed up with online game platform Roblox to create a virtual world called Nikeland, where users can dress their avatars in Nike branded clothing, which can eventually lead into real world sales. The creation of Nikeland could be viewed as a method of introducing the brand to a new generation and use it as a testing ground for when the brand enters the metaverse.

Virtual events are also viewed as a potential, effective way for brands to market themselves in the metaverse. The popular online video game Fortnite hosted a virtual concert in 2020 with American rapper, Travis Scott. The virtual concert lasted around 15 minutes and was attended by over 12 million players of the game. View the whole virtual concert here.

This is an indication of the potential reach that is accessible to brands at these events. It’s understandable that many of us would not be enticed to attend a virtual event. However, for those who grew up in the digital world, attending a virtual concert with their friend could be an exciting prospect.

Brands are now considering NFTs as an experimental method for the metaverse. The Non – Fungible Tokens are becoming increasingly popular and are considered to act as a bridge between more traditional consumers and digital – savvy consumers. Meta has indicated that NFTs will be a digital asset for their metaverse. Nike and Adidas, two of the world’s leading sportswear companies, have signaled their plans for the metaverse by announcing that they are both releasing NFT collections. These NFTs have the capacity to increase the brand’s engagement and allow users to express their individuality online.

What are the Potential Challenges For Brands With The Metaverse?

One of the biggest challenges the metaverse could face is enticing people to purchase the equipment, such as the high – end computers and the Project Cambria VR headset, needed to access the virtual world. Mark Zuckerberg has already hinted that the Project Cambria VR headset would be at the “high end of the price spectrum.” The question is how much are people willing to pay to enter the metaverse? This may be an initial barrier that hinders potential markets for brands.

Barriers Within The Platform

Another significant challenge with marketing in the metaverse is ensuring that there are no barriers between the platforms. What we mean by this is that if a person purchases a piece of branded clothing, like Nike, for their avatar on a platform like Roblox, the avatar should be allowed to wear this branding on another platform like Fortnite. Currently this does not happen as these platforms are not interoperable. Interoperability will be important to the success of the metaverse as it will allow users to seamlessly pass through the metaverse with whatever NFT or branded items they have purchased.

Brands may also initially struggle with their product placement within the metaverse as it is a relatively new technology. It could be a case where brands engage in trial and error and take the time to become accustomed to the metaverse. Brands also need to take care in protecting their image on the platform. Users of the metaverse will have a significant amount of control so it is important for brands to ensure that their product placements cannot get vandalized or disrespected.

However, the announcement of the metaverse has created the sense of opportunity and promise amongst marketers and brands. Nike has shown its early intentions to enter the metaverse with the filing of seven trademarks for use on various virtual goods and also with the advertising of virtual material design roles within the company. Abercrombie and Fitch and Fashion Nova have similarly followed this approach by also trademarking their brands as virtual goods. It is an early indication that competition is intensifying and that there is a level of excitement amongst brands in anticipation for the release of the metaverse.